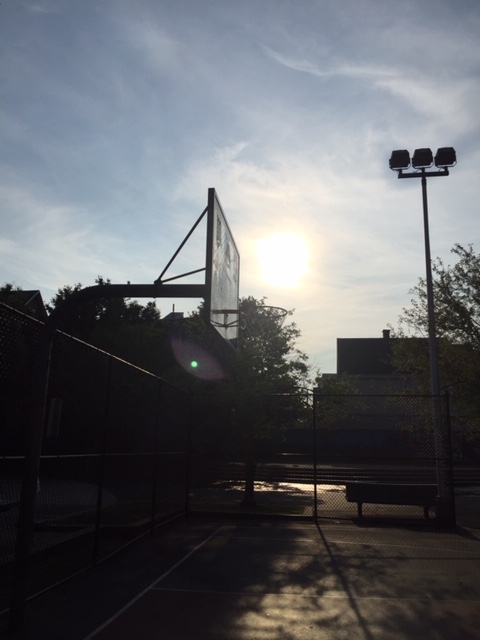 Should you make the most of yourself or of the time that you have?

Early in my college experience, I was a bit overwhelmed with how to make the most of my time. There were a number of options for enjoying oneself at this oasis of young “adults” who were only expected to be pseudo responsible in their life choices, and I do mean pseudo in the loosest of terms.

I was intrigued by both the yin and yang of college life. I was very interested in my course of study, which was a departure from my high school days when I wanted no part of school work and prided myself for not even bringing a backpack to school. No need to carry home school work that I was going to frantically copy from others just before it was due. Therefore, when I found myself genuinely interested in philosophy and political theory, it was grounding to be enamored with the rigorous analysis of truly studying. I not only read the assigned readings, but the optional ones as well. I looked forward to class discussions on certain topics. I felt like I had found a direction.

Be that as it may, a young man of my qualifications was also enticed with the less than academic pursuits for which the American college experience is so famous for. I had done many chemical explorations in my teenage years, perhaps prematurely, but I never had the freedom to drink and smoke with the abandon that one is allowed when they are no longer living under the same roof as their parents . What is more, the environment of a college dorm is so much more conducive to the journeying of well fueled chemical experiment. Everyone only has pseudo responsibilities and everyone is now away from their authority figures for the first time, so there is never a want for companions to imbibe or experiment with.

As I navigated this new terrain, it was an uncertain time of which way I was going to go. One thing I found was that if I were to engage with only one of those pursuits, the chemical or the intellectual, I wasn’t quite satisfied with the day. I certainly could do something of consequence and have something to report back, depending on who the reporting audience was, but I didn’t always feel like it was a day well lived; it’s hard to come to that conclusion whether you’ve spent the day in the artificial light of the library or playing drinking games with my fellow unsophisticates.

One day, I played basketball. It was neither an intellectual or chemical pursuit. It was part physical, part social, but mostly visceral. I have loved basketball for as long as I can remember and playing the game was a pure piece of joy for that day. On that day I decided: I have a lot of time on my hands no matter what path I choose, on most days, I can go play basketball; if I do, then each day will be better simply in virtue of the fact that I have played basketball; ergo I will try and play basketball each day. And, by and large, I did. Throughout my four year college career, I played basketball most days. There were a few days where I was too hungover, a few too drunk or high, and maybe fewer still where I simply had too much school work to do, but I tried to play every day that I could. Those four years of my life were better for it. My life now is better for it.

Basketball gave me a beacon for each day. If I was struggling with a paper I was writing, playing basketball would clear my mind. If I was hungover and didn’t accomplish much on a given day, I could at least get a good run in and expend some vigorous energy. Some days I played great and felt like the best player in the gym; some days I couldn’t hit a shot and let my teammates down. I made friends from different walks of life, observed different styles of play, and learned about what brought joy to the game and what took it away.

A refrain I often hear these days is “get better everyday.” Even if it’s just 1% better, try and improve your self in some way each day. I’m not sure I agree with the focus of this sentiment. The locus of this “motivational” statement is the self. Make you as an individual better, physically or mentally, every single day. The theoretical conclusion of this “process” which you must “trust” or “love” is that at the end you will be a better individual through your consistent pursuit of bettering yourself.

What I would argue is a shift in perspective to “make each day better.” Rather than focusing on making yourself better in some fashion, make each day that you experience better by doing one thing that you intrinsically enjoy, in and of itself. Should you try and play basketball everyday? Sure, if you enjoy it. If not, pick something else. Do you like to read? Paint? Write? Play Soccer? Run? Hike? Act? Play an instrument? Some combination of a few of these things? Think you might but haven’t tried? Do it. Try to do one of them each day. I will not guarantee that you will be any better for it. You may be a bad musician now and end the year as one, but if it is something you enjoy in and of itself, I guarantee that your year’s worth of days will be better.  You will always be yourself, for better or worse, but your experience of time can be made a bit better by doing something sheerly for the joy of it.

iThere are no comments

Begin typing your search above and press return to search. Press Esc to cancel.